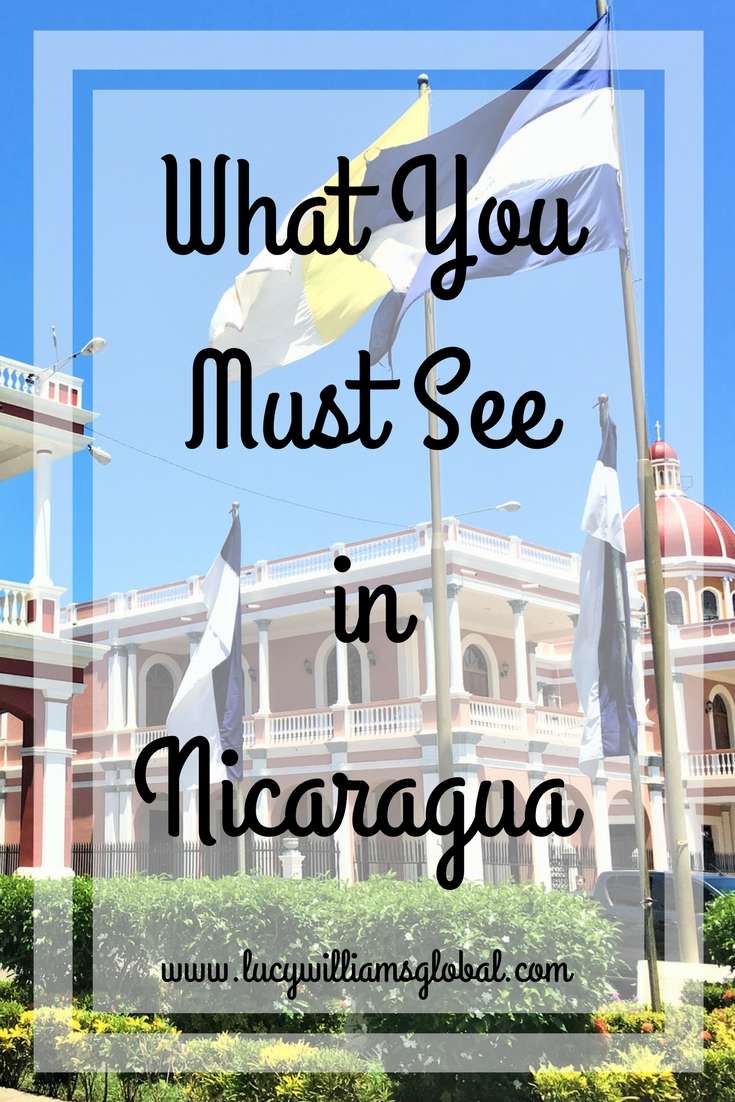 Nicaragua is a beautiful country in Central America and I went to visit Granada, Nicaragua’s oldest city. On the way, I also got to see Lake Nicaragua and the Apoyo Crater.

We anchored off San Juan del Sur in Nicaragua which is a lovely beach town with seafood restaurants right on the beach.

From San Juan del Sur we drove to Granada that is around an hour and a half away. On the way, we visited Lake Nicaragua and the Apoyo Crater to break up the drive.

Lake Nicaragua is Central America’s largest lake. It has a black sand beach and looks out to volcanoes, it is a great view. 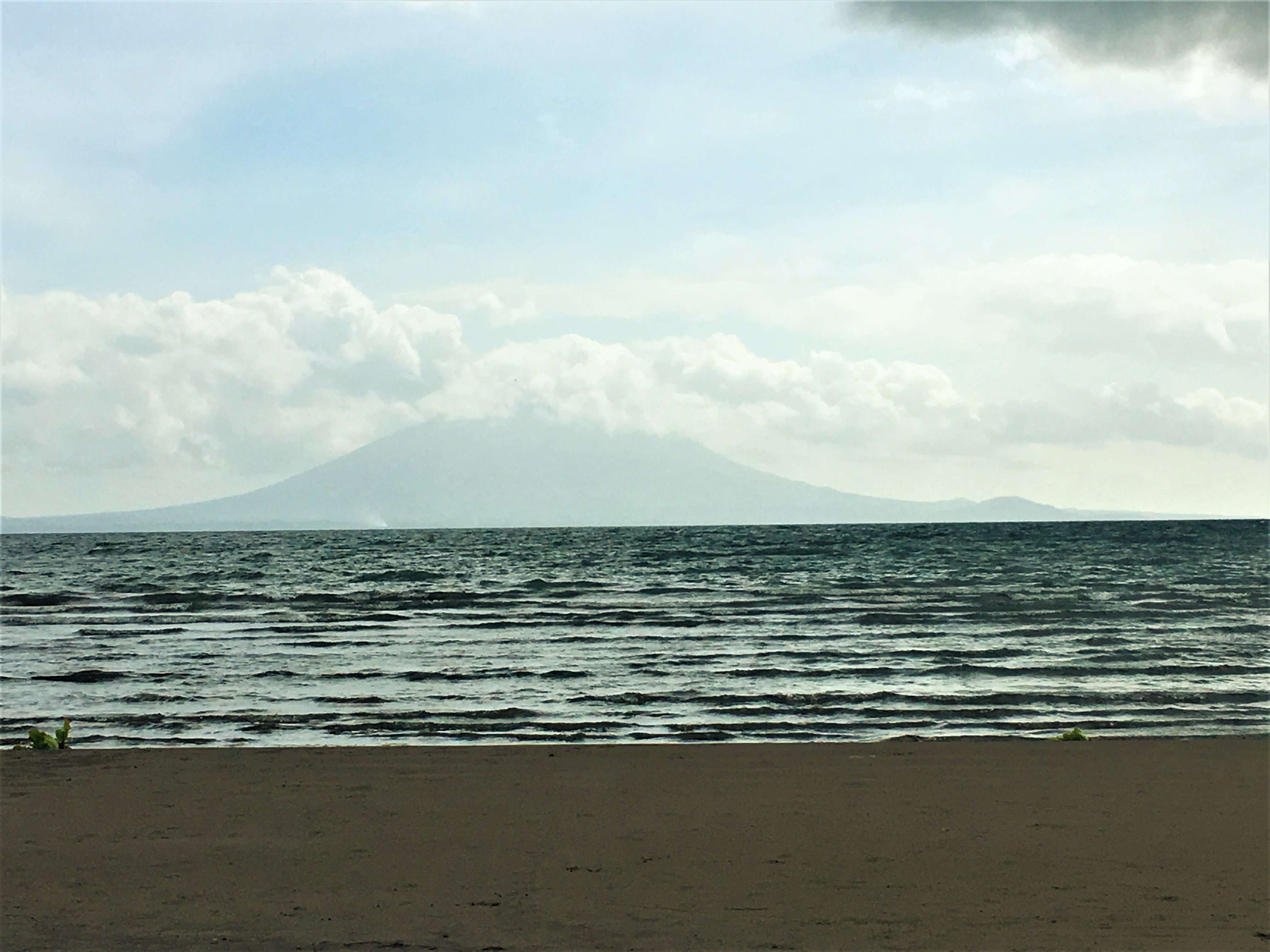 We stopped at the Catarina Viewpoint at Apoyo Natural Reserve to see the Apoyo Crater that was formed 23,000 years ago, it is now an enormous lagoon and it beautiful to look at with volcanoes in the distance.

At the viewpoint, there is a market selling souvenirs and handmade crafts, restaurants and bars and Indian tuk-tuk taxis to take you around the local area.

The drive to Granada was so interesting as we saw on the way how the people live in Nicaragua. People still use horse and carts to get around and bulls and carts to move things around. There are hundreds of banana plantations that go on for miles.

Granada is Nicaragua’s oldest city and it is a colourful picturesque colonial city. We had lunch at the La Francia Hotel that was originally built shortly after the city being found in 1524.

There was a fire in 1856 that destroyed the hotel and it had to be rebuilt. It is a grand yellow and white colonial-style building with a beautiful garden with exotic plants and flowers, which you only see when you enter the hotel.

We had a traditional lunch of a corn tortilla, a red bean paste, chicken and chicharrones (deep-fried pork rinds). The chicharrones were my favourite part, so tasty! Then followed by some coconut and lychee candies.

While we were eating our lunch, we were entertained by a traditional folkloric show with Nicaraguan dancers in traditional costumes.

After lunch, we walked around the main square of Granada to see the colonial buildings and the Cathedral of Granada.

Granada is very vibrant as all the building are very colourful. Every building is a different colour and as you walk down the street you see every colour of the rainbow.

The Cathedral of Granada is a bright yellow and white building with terracotta coloured domed roofs. Inside it is light and airy and they have started to paint the ceilings with scenes from the bible.

Have you been to Nicaragua? What would you recommend doing?

END_OF_DOCUMENT_TOKEN_TO_BE_REPLACED

We are a participant in the Amazon Services LLC Associates Program, an affiliate advertising program designed to provide a means for us to earn fees by linking to Amazon.com and affiliated sites at no extra cost to you. As an Amazon Associate I earn from qualifying purchases.
2   34
0   40
0   58
0   110
6   64
3   102
4   53
0   36
We use cookies on our website to give you the most relevant experience by remembering your preferences and repeat visits. By clicking “Accept”, you consent to the use of ALL the cookies.
Do not sell my personal information.
SettingsAccept
Privacy & Cookies Policy