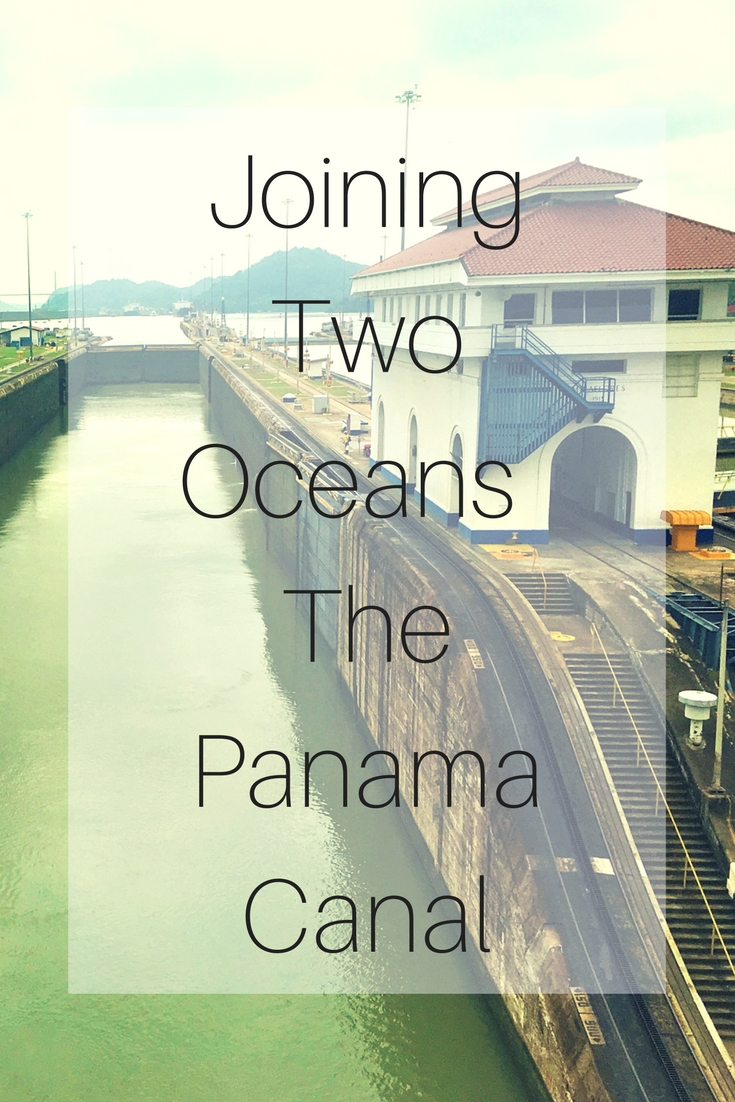 I have sailed through the Panama Canal so many times, as I worked many Panama seasons onboard. I find it difficult to get excited about this part of the world! But this time I quite enjoyed just watching.

The Panama Canal was built so it is quicker to transit to the Pacific Ocean from the Atlantic Ocean and vice versa. As it takes a lot longer to get to either ocean sailing around South America.

It is an artificial 48 miles (77 km) long waterway that connects the Atlantic Ocean to the Pacific Ocean and it cuts across the Isthmus of Panama.

The Panama Canal is used daily for cargo ships and cruise ships to transit. It has become a very popular cruise with several cruise lines.

The Panama Canal was opened in 1914. The building started in 1881 by the French, but due to engineering problems and a high mortality rate stopped building in 1894.

The canal was very difficult to build between the wet season and the dense jungle that had venomous snakes, insects and spiders in it. Then there was yellow fever, malaria and other tropical diseases that killed thousands of workers. In the end 22,000 lives were lost due to disease and accidents.

It takes six to eight hours to transit the canal and ships must go through three locks.

This is how the transit looks like from the Atlantic side:

Between the locks and Gatun lake it is interesting watch. Gatun lake has little islands full of lush plants with wildlife living on them.

The locks are the features though seeing the water raising and lowering the ship to pass through. Watching the little trains on each the side of the lock guiding the ship through.

The canal has now been expanded so larger container ships can transit the canal. So far, no cruise ships have passed through. The new locks are parallel to the old locks.

Passing under the Bridge of Americas END_OF_DOCUMENT_TOKEN_TO_BE_REPLACED

We are a participant in the Amazon Services LLC Associates Program, an affiliate advertising program designed to provide a means for us to earn fees by linking to Amazon.com and affiliated sites at no extra cost to you. As an Amazon Associate I earn from qualifying purchases.
0   11
2   35
0   40
0   58
0   110
6   64
3   102
4   53
We use cookies on our website to give you the most relevant experience by remembering your preferences and repeat visits. By clicking “Accept”, you consent to the use of ALL the cookies.
Do not sell my personal information.
SettingsAccept
Privacy & Cookies Policy